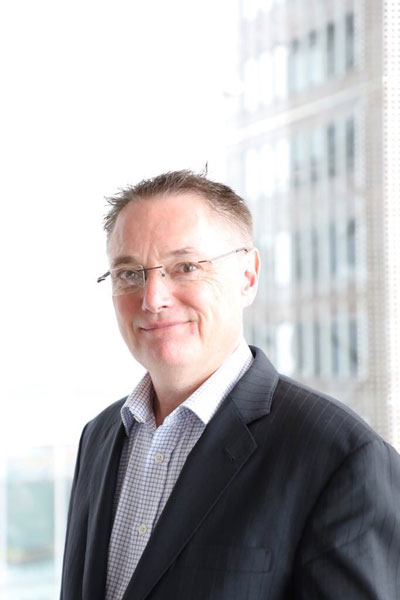 Jeans Lawyers was established in March 2001.  We are a law firm committed to providing a quality and efficient service with honest and frank advice. We constantly monitor developments in immigration law.

The Principal Lawyer, Simon Jeans, was appointed as a Member of the Migration Review Tribunal and the Refugee Review Tribunal between 1 July 2010 and 30 June 2015.  He conducted hearings and made decisions in migration and refugee visa appeals.

Simon holds degrees in Economics, Arts and Law. He was admitted as a solicitor in 1989. He has practised in migration law since 1990. He is recognised by the NSW Law Society as an Accredited Specialist in Immigration Law, one of only 46 lawyers in NSW who hold this accreditation.  Since 2016 he has been named by Best Lawyers on their list of Immigration Lawyers in Australia.

Simon has worked as an immigration lawyer in Hong Kong, Indonesia, UK, Iran, Jordan, Syria and Sydney. He has studied Vietnamese, Chinese and Arabic and travelled extensively throughout Asia (principally China and Viet Nam) and the Middle East (principally Iran, Syria and Jordan).

As a lawyer, Simon has appeared in the Migration Review Tribunal and Refugee Review Tribunal, now the Migration & Refugee Division of the Administrative Appeals Tribunal.  He has also appeared in the General Division of the Administration Appeals Tribunal in citizenship and character cancellation cases.  He has instructed in cases before the Federal Circuit Court, Federal Court, Full Federal Court and High Court.

In 2019 and 2020, Simon was engaged by the College of Law as an assessors and external modertor for the Migration Agents Capstone Assessment.  He was engaged in all 7 intakes of the assessment.